Play is a state of mind | DesignMarch Reykjavik Iceland

I just came back from Iceland this Sunday, with a big lack of sleep but also really happy after 4 days in Reyikjavik. I was here on invitation of the DesignMarch 2015 festival as a media guest to cover the event and Icelandic design. DesignMarch showcases the best of the Icelandic design scene with several exhibitions, pop up events, parties and the Reykjavik Fashion Festival.

It was a great event to get to know Icelandic design and the perfect place to experience the last days of winter…. during my stay I have seen the country changing from covered in snow on arrival, to green again after one of the hardest rainfalls I ever experienced. I would love to show you some parts of the program and what caught my eye during these four busy and amazing days, and would love to thank DesingMarch for inviting me and Sari and Birta for their company and great organisation.

After Arriving in a totally covered in snow, and a to me completely new white world called Iceland, I had a walk around on my first night in Reyikjavik and in search for a little restaurant I ended up at KEK hostel located at Skúlagata. A great place for an informal dinner or drinks with friends, and also located right next to the first exhibition I wanted to visit.

At FÍT several Icelandic graphic designers presented their work and you might have seen the picture above on Instagram where I posted several pictures. 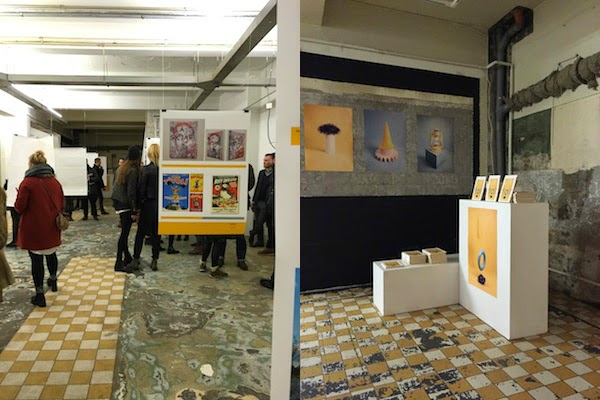 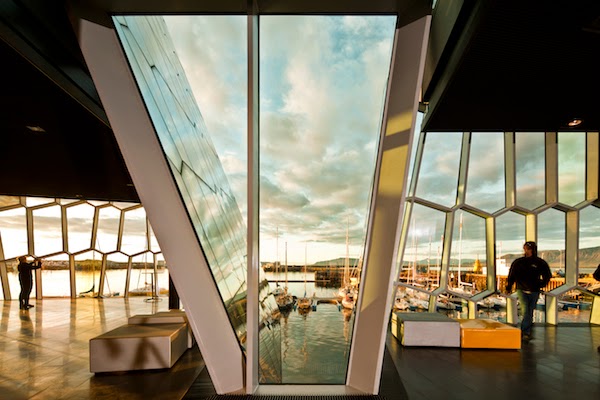 Design talks
Thursday morning DesignMarch opened with Design Talks in the beautiful Harpa building at the harbour! A day of talks by leading local and international designers and design thinkers on Play! During the day the speakers including Jessica Walsh, Marti Guixe, Anthony Dunne and Fashion designer Walter van Beirendonck gave their view on Play through discussion and several video’s. 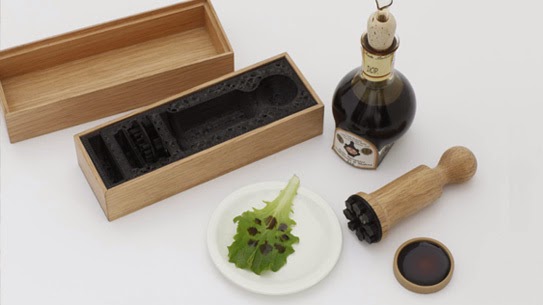 Foodstyling in the Nineties
Martí Guixé opened the talks with an overview of his former and recent work. He creates unique concepts for brands, and I think he easily can be called the first food stylist. With examples and short video’s he gave us an idea of his work and the different installations he made. He used food in several projects and his funny way of talking, made the whole audience laugh. One of my favourites must be ‘The antica acetaia’… a stamp he designed for Acetaia Villa Biaca to print on food… and add pattern and taste to it.

He is also a product designer and many products were especially designed for clients including Dutch Droog for whom he designed this tape, that can still be bought at Droog, lots of his work also showcases funny animations to make every piece of design understandable. 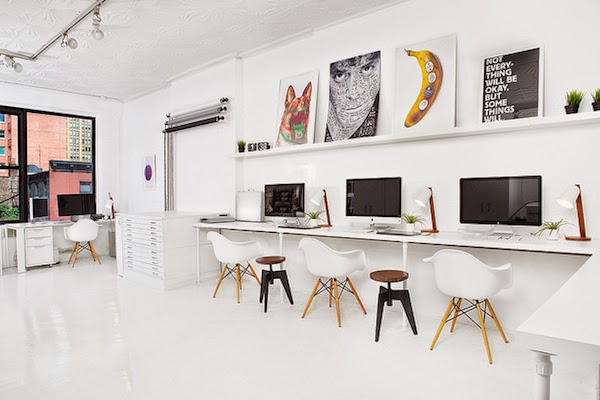 All white office space at Sagmeister & Walsh Studio ©Mario de Armas
Play is a state of mind
Jessica Walsh is a self-taught designer who started creating websites at age 11 and later went on studying Graphic design. Nowadays she is a designer and art director working as a partner at the New York based design firm Sagmeister & Walsh. She met Stefan Sagmeister in 2010 and got offered a job after he saw her portfolio, If I remember well she presented it in a Pizza box! If you love creative ideas and graphic design check out the website! 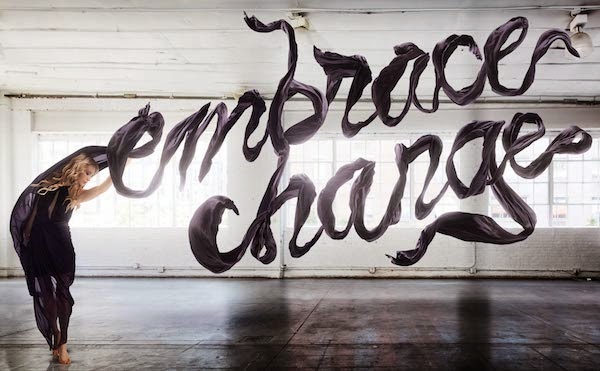 At DesignMarch she talked about their work and explained how they just only make one concept for a client and showed numerous of their concepts and funny video’s from behind the scenes…. such amazing pictures, ideas and creativity!

Her personal project “40 Days of Dating” with designer Timothy Goodman received over 8 million readers, and received international recognition including spots on “The Today Show” and “The View”. The film rights to “40 Days of Dating” was bought by Warner Bros who are currently working on the script. Their book “40 Days of Dating: An Experiment” is being published by Abrams and released in January 2015.

Walter van Beirendonck is a Belgian fashion designer and the head of the fashion department at the Royal Academy of Fine Arts, Antwerpen and one of the most influential designer in men’s fashion today, he is also one of the ‘Antwerp six’along with Dries Van Noten and Ann Demeulemeester, among others. They were called the Antwerp six because of their unpronounceable names.

He regularly works on projects ranging from designing costumes for theater, ballet to branding pop groups. Before doing a Q&A with one of Iceland most iconic figures in design ‘Goddur’ he showed different video’s from his work and he has a beautiful website where you can see most of them. 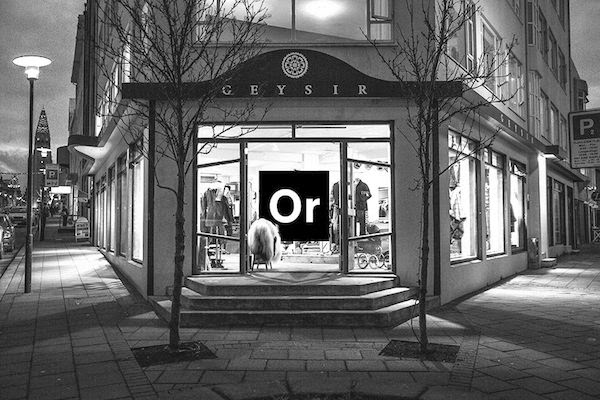 Or Type
Or Type presented their work ‘Can I have a word with you’ with an installation at Conceptstore Geyser. Or Type is an Icelandic type foundry, founded in 2013 to publish typefaces designed by GUNMAD (Guðmundur Úlfarsson & Mads Freund Brunse). Developed through self-initiated projects and specific design commissions, their typefaces aim at challenging the conventions found in typographic traditions.