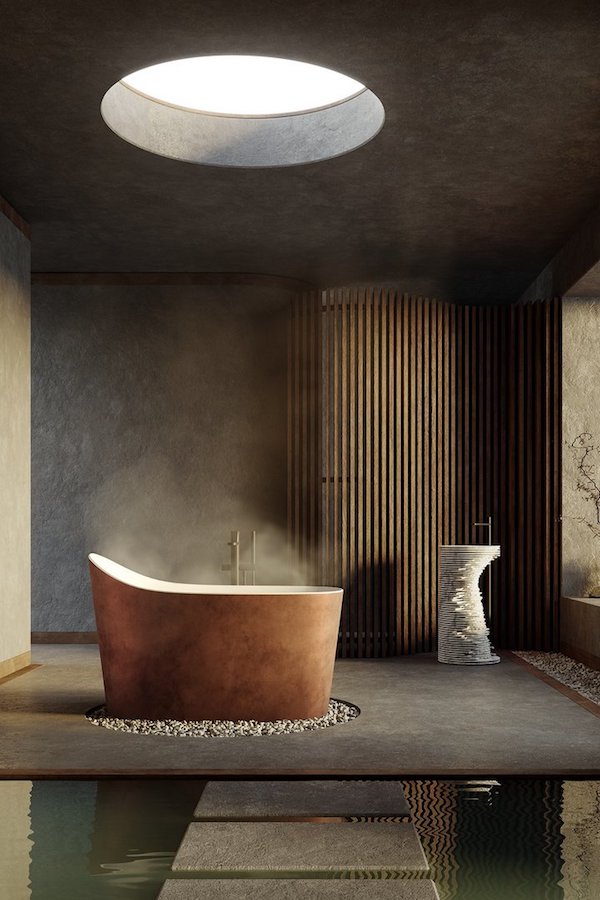 Marble sinks for all interiors

After meeting each other earlier this year, I was happy to collaborate with antoniolupi on a monthly base. With all the outstanding design and bathroom furniture, accessories, mirrors and products for the living space it was a pleasure to write a series of monthly articles about the company. Maybe you looked at the images or read every letter of the different posts, but I am sure his work must have impressed you.
Research, innovation and originality have always been synonymous to the work of antoniolupi which shows in their different projects and collaborations.

Today I love to talk about Marble sinks and the collaborations between antoniolupi and Calvi Brambilla Paolo Ulian which started in 2016. Paolo Ulian lives close to Carrera and is a real connoisseur of marble. 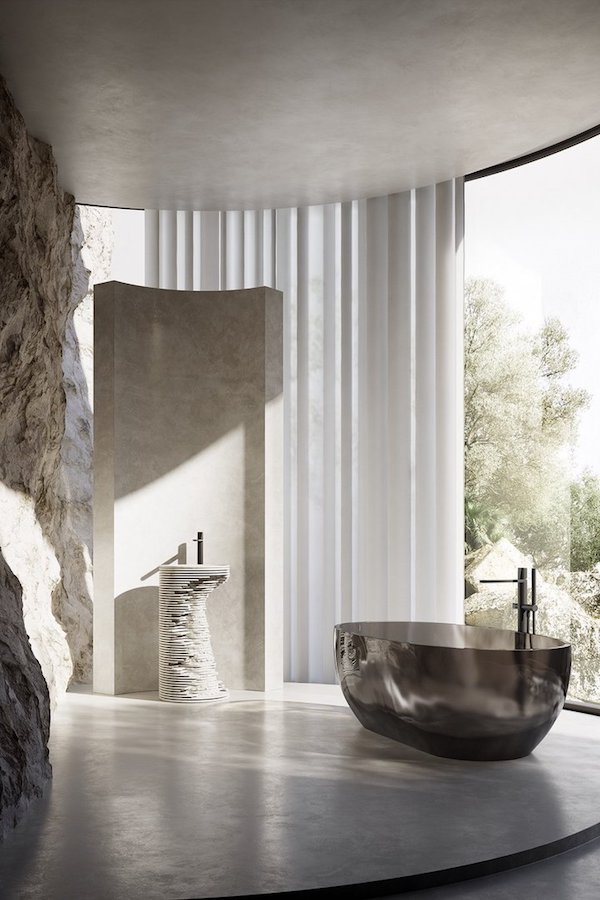 In my eyes a real impressive peace of work is ‘Introverso’ by Paolo Ulian for antoniolupi, a washbasin born by observing the workmanship of blank marble sculptures, in which the three-dimensional shape of the sculpture is outlined in steps and various depths by a diamond disc managed by a numerical controlled machine.

Introverso is made from a single white Carrara marble block. The gaps between cuts hint at another inner core that the designer can decide to leave or to bring out by breaking part or all of the blades with a hammer. 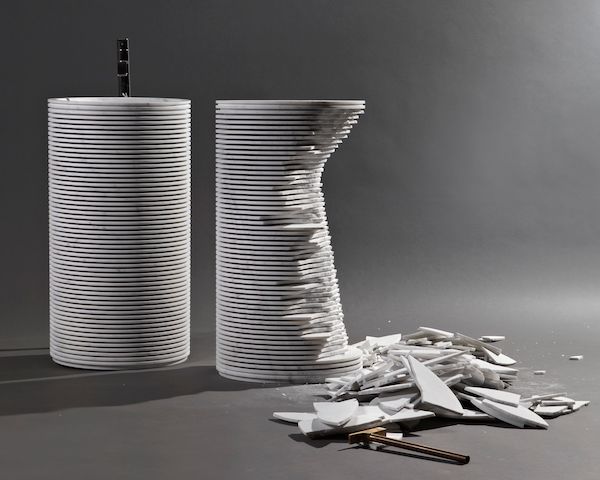 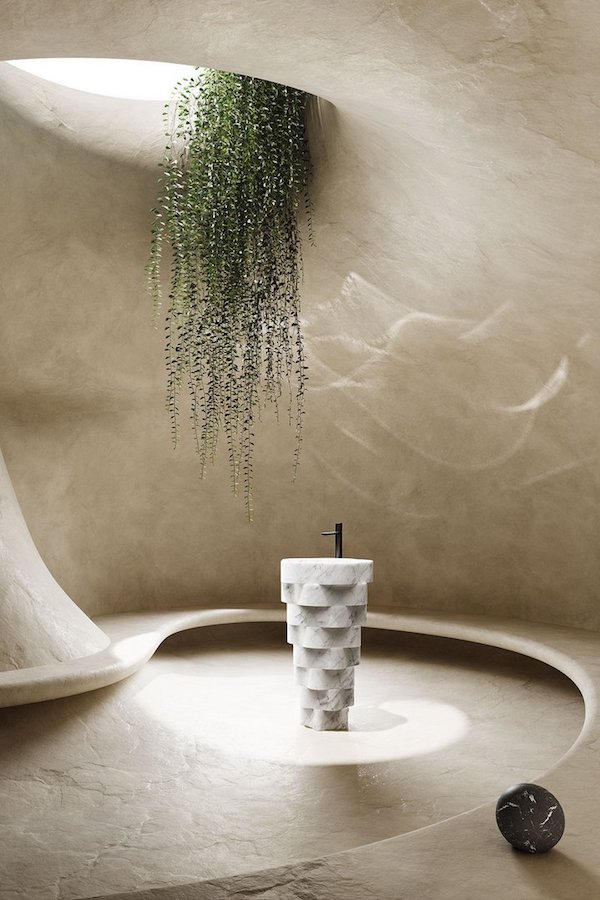 Intreccio
Investigating the relationship between an ancient material and new processing techniques by antoniolupi and Paolo Ulian resulted in ‘Intreccio’ Don’t you just love the artistic image of the sink!
Freestanding washbasin ‘Intreccio’ is born from a block of marble on which the cuts have been optimized to obtain the concentric rings and create a three-dimensional volume.
Iconic like the previous washbasins of the collection, dynamic, for the particular geometry of the concentric layers that are staggered when they are overlapped proceeding upwards, so as to determine a play of light and dark and full and empty obtained only by the variation of light on concave or convex shapes . 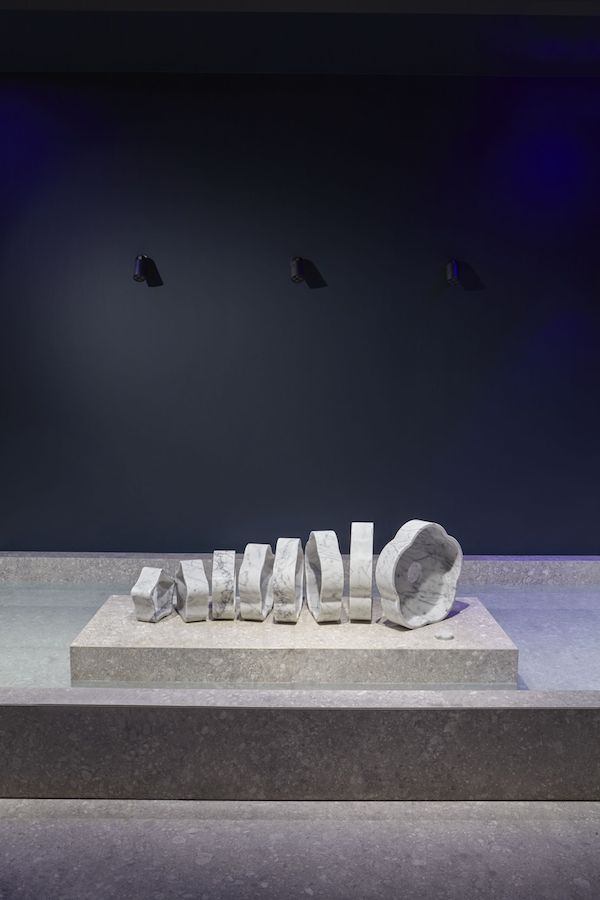 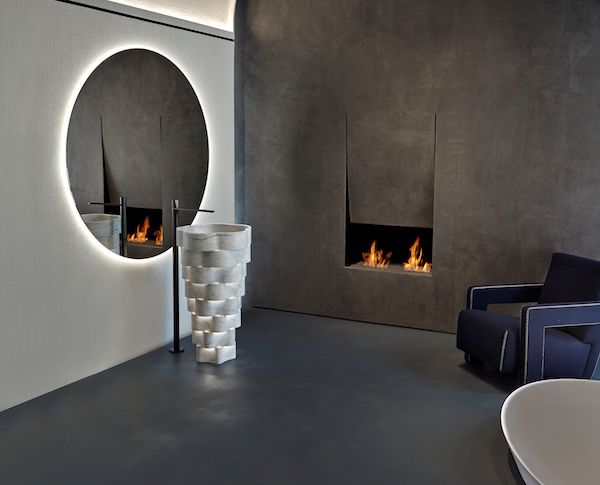 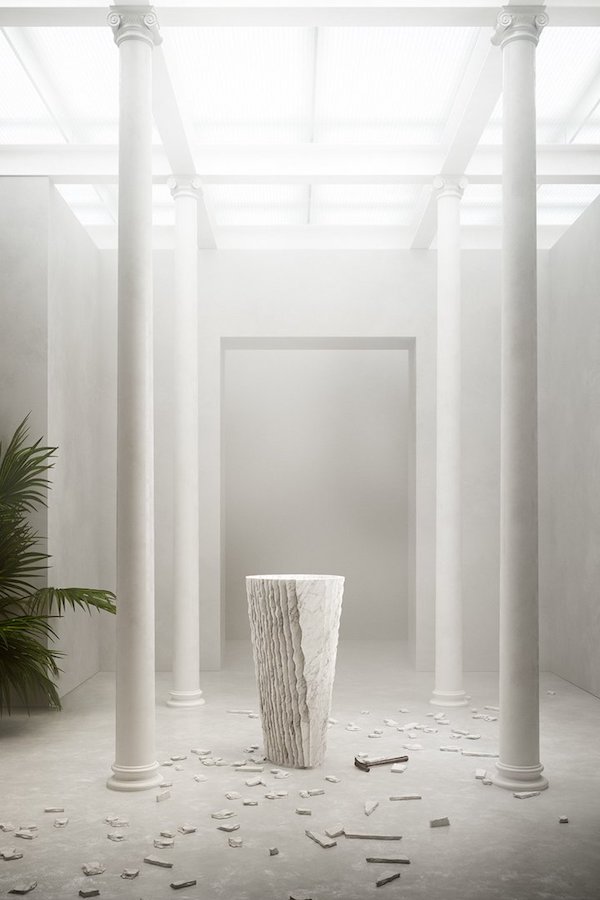 Controverso springs from a thought, from action and transforms the product into an experience. A really  diverse sink that fits into contemporary environments but I could also see it as a great focal point in a minimal bathroom.

The form is generated by subtraction as in a sculpture, ancient and contemporary at the same time. A marble block is crossed by the milling machine and then interpreted by man to create different shapes, I really would love you to have a look at the video to fully understand… quite magical I think! 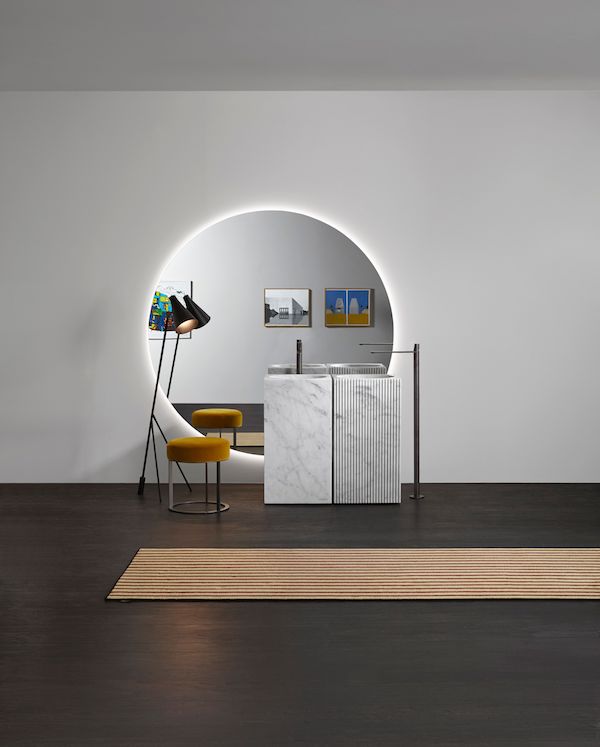 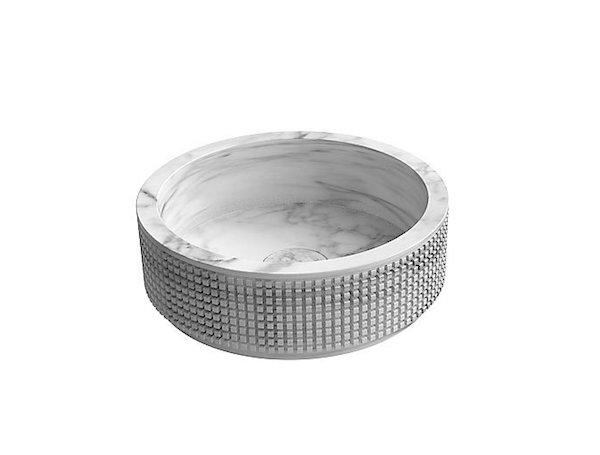 The name says it all: a pixel is a point-like element that makes up a digital image, infact, it is the smallest element that constitutes it. The breakdown in individual pixels of the surface, a kind of three-dimensional mosaic, gives an unprecedented look at the marble sink Pixel.
The pixel game that forms the basin is completely oriented on consequentiality, on proximity, on decorum that comes from the material itself. A gesture, that of subtraction, reveals the shape, which allows you to customize the volume, and which amplifies the three-dimensional design of the project. 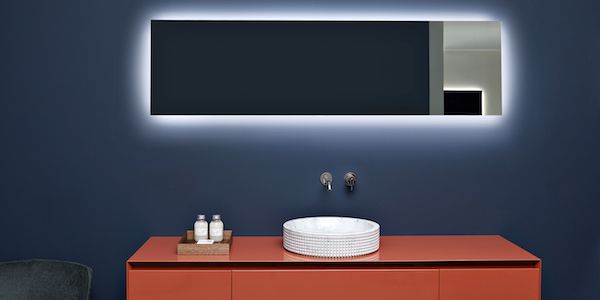 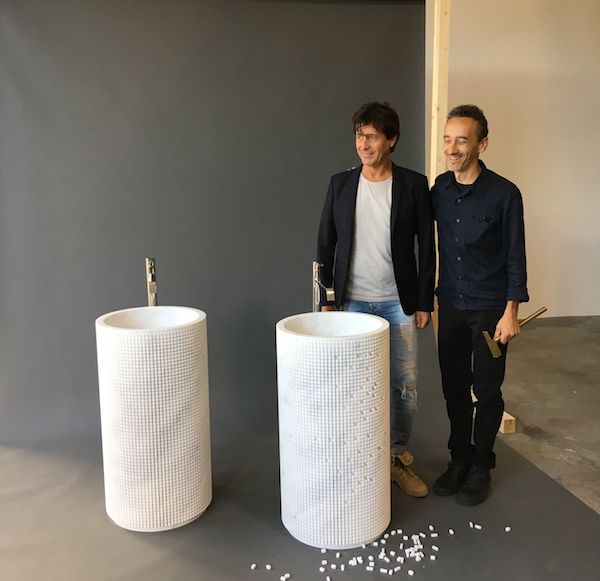 With the Ossimoro project a new technique has been developed for the realization of the ‘Sculpture’, starting from the idea of a marble sink with the effect of a “soft marble block”, compressed; an almost surreal object.
The washbasin is made of Oriental White marble and the designers Calvi Brambilla and antoniolupi have tried to approach this project using technological and contemporary means, but with the utmost respect for the past and for a natural resource that is available in a limited quantity. 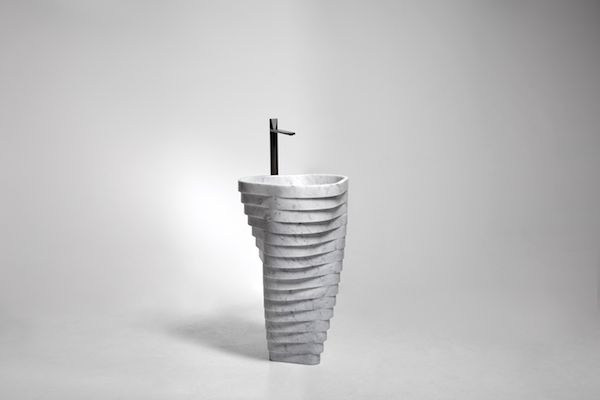 Vortice is the new free standing Carrara marble sink designed by Paolo Ulian for antoniolupi. A new project that is part of the research traced with Intreccio (2018) to deepen the theme of contemporary matter, to investigate the complex dialogue between immobility and dynamism, between solidity and lightness, between reality and appearance.

In Vortice, matter takes shape through human thought and the use of advanced processing technologies. A project that best expresses this virtuous cycle between nature, man and machine.
Vortice has a small base and develops upward through a revolving movement generating fluid nd sinuous geometries accentuated by the unique veins and the plastic like behavior of the material. An emblem of uniqueness and the typical Italian know-how. It is made from a single block of marble divided into 16 layers. Vortice is composed of concentric ringsoverlapped in a staggered way. It drastically reducing the waste produced by the cut. 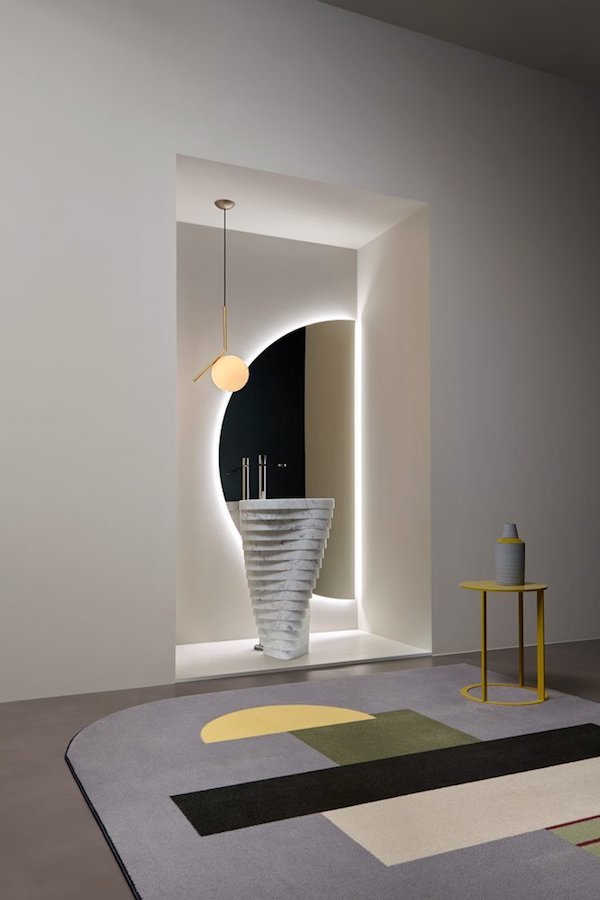 More images can be found in my antoniolupi guestboard on Pinterest

Interested to see your brand on Vosgesparis?
get in touch with me at info@vosgesparis.com
join me on Instagram for daily inspiration